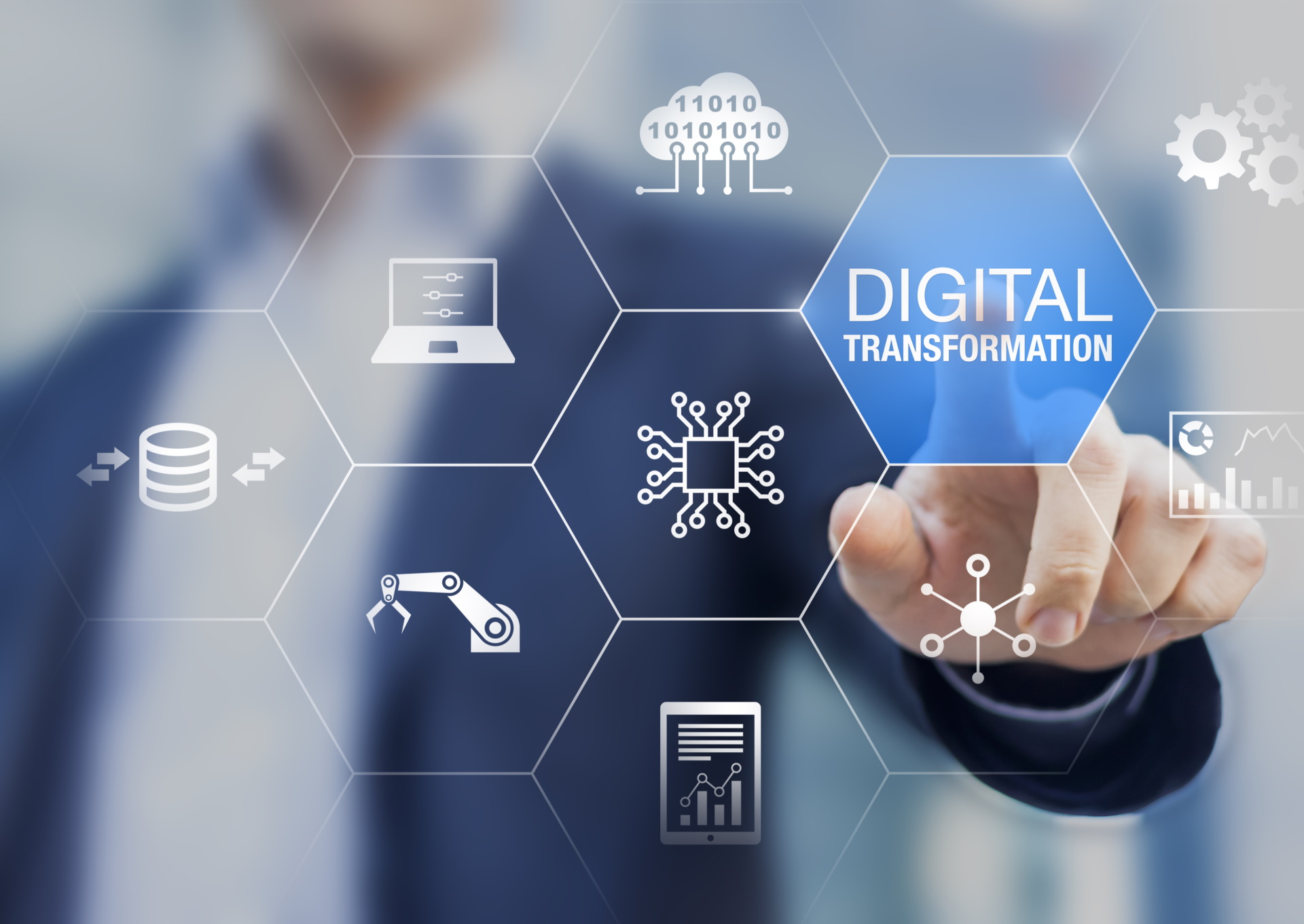 My name is Steve Lafontaine, an experienced information technology practitioner and educator with a clear understanding of management, business, financial processes, and e-commerce – I combine my extensive experience to strategize and create digital solutions that allow clients to accelerate their digital transformations in order to remain relevant and capture emerging opportunities. With the use of video conferencing services such as Zoom and others, I can continue to offer my clients digital consulting services during COVID-19 stay-at-home orders and social distancing so that we can get down to the business of your digital transformation.

As a digital transformation specialist, I listen and then work with you to achieve the integration of digital technology into all areas of your business, fundamentally changing how you operate and deliver value to customers.

I’ve been fortunate in that my career for the most part has paralleled the development of the PC, the Internet, and mobile technologies. I began my information technology career just as mini-computer companies such as DEC, HP, and Sun were in decline and IBM was introducing it’s IBM 5150 Personal Computer.

During my career as an information technology (IT) practitioner and educator, I have worked as a PC applications developer and trainer, college educator and dean, senior technology consultant, and technology services executive.

I was responsible for the launch of Canada’s first community college website, a website that was later featured by Microsoft Corp on their website. Soon after, I oversaw the development of the City of North Bay’s first community website (portal) which received a number of municipal marketing and economic development awards for innovation. Later on I managed the CIP Project, a web-based community information portal system that seamlessly integrated content management, data management, and Internet mapping into an innovative new service for Northern Ontario communities.

I have completed a myriad of special projects including a CIDA sponsored project delivered through a consortium of the Association of Canadian Community Colleges (ACCC), Delotte & Touche Management Consultants, and Coastal Associates for the Department of Technical Education and Vocational Training in Zambia, Africa. I have co-consulted with Bell Canada’s Advanced Communications Group to design, develop and deploy one of the first and largest district-wide frame relay networks in Ontario and developed a full-featured revenue-generating helpdesk service based on a partnership with the Nipissing District Public School Board to deliver helpdesk services to over 30 locations and hundreds of users.

As the Executive Director of NipNet, I was responsible for the technical management of the $3.4M NipNet WAN DSL project which was completed on schedule, under budget, and with a substantial footprint increase in 13 communities across the Nipissing district.

Throughout my career, I have delivered a variety of speeches and seminars to a diverse audience including professional associations such as the Municipal Information Systems Association of Ontario and the Professional Engineers of Ontario. I have written a weekly newspaper column called “Tech Matters” and I have spent a considerable amount of time promoting the important role telework can play in the success of Northern Ontario communities.

More recently I have focused on digital transformation consulting and e-commerce solutions.